Where did you find all this stuff?

Luck mainly…and checking auction sites often! Most of my collection was acquired by through ebay.com. I usually check the new listings to see if there’s anything new or rare one to two times a week. Another great place to look is Yahoo Japan Auctions, it can be pricey since you usually have to go through a third party like Rinkya.com or Buyee to make a bid. I don’t shop there that often but it’s a great way to find many rare Japanese items!

When did you start your collection?

Even though I’ve been a Silent Hill fan since 1999 and bought and played the games as they came out I didn’t start seriously collecting Silent Hill merchandise until around 2004. It was around this time that I realized more items were available for the games besides the games and soundtracks.

How much is your collection worth?

Worth is relative, but I will admit I’ve spent quit a bit building my collection up over the last decade.

How do you know if a game is a first edition?

Usually I know if a game is a first edition because I bought it the day it was released in the US. Also any re-releases in the US usually means the game has sold over a certain number of copies. Any reprints of the title would have a green, red or silver band somewhere on the cover art saying either “Greatest Hits” for Playstation titles or “Platinum Hits” for Xbox titles.

For my foreign editions I based it on the the game’s cover artwork and catalog number. For the Japanese editions when it’s a re-release you can expect the game will have altered cover art (sometimes even a new subtitle) and a number greater then 1 after the “J” in the catalog number. For example, the first edition of Silent Hill shows white tiles and a red smear and has the catalog number “SLPM 86192 VX131-J1” on the re-release in 2000 the game has Lisa on the cover, a “Konami the Best Edition” subtitle and catalog number “SLPM 86498 VX131-J2.” The number behind the J in this new release has increased from 1 to 2 showing this is the game’s second edition/print.

If you aren’t sure what number edition of a game you own be sure to check out Lost Releases which has all the product information and images of each Silent Hill release!

How can I tell if a game is legitimate Japanese Edition

I’ve seen some ebay auctions claim to sell Japanese editions of games when in reality they are selling general Asian editions released in China. The Japanese editions of Silent Hill games always has a warning on the front cover about the game’s content. With the older games it’s a a big red triangle with Japanese Text while newer titles like Shattered Memories has the CERO rating right on the cover. If you don’t see the triangle warning on the front of a SH1-SH4 and SH0 but it shares the same cover art as a Japanese edition it’s probably the Asian edition.

What’s an obi or a spine card?

An obi or spine card is a strip of paper looped around a book, cd, video game or dvd and is a unique item on publications in Japan. Many products from Japan come with an obi to provide the title of the product, track listings (if applicable), price, catalog number and information on related releases in Japanese to consumers. Obis and spine cards are typically discarded so finding a book or cd with the obi or spine card intact can be rather difficult!

Below is an example of the Silent Hill Play Novel Guide with and without its original obi. 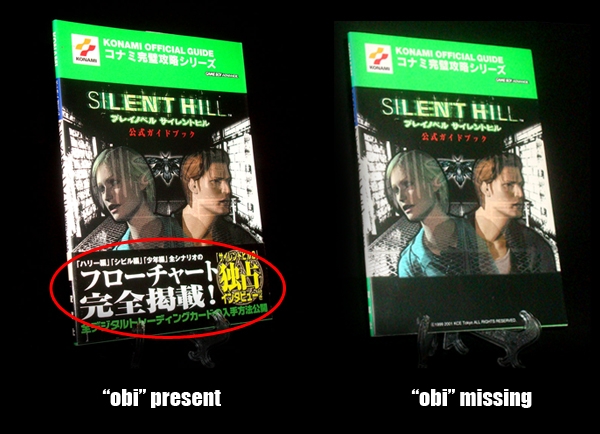 I know you said nothing is for sale on the site but would you be willing to make an exception for < insert item listed on site >?

I’m a collector myself can I show you what I have?

Yes, please do! I love looking at other people’s collections. Also be sure to join the Silent Hill Collector’s Facebook Group while you’re at it too if you haven’t already!

How can I tell if a Figma figure is legitimate or a bootleg?

How much is it?

The original retail price for the figma Red Pyramid Thing was ¥4,444 (Before Tax) and the figma Bubble Head Nurse was ¥4,259 (Before Tax) back when they were both first released in 2015. Considering that both figures have been sold out for years at this point if a listing has them for sale at a significantly lower price point it’s most likely going to be a bootleg version. Be sure to ask for detail pictures before committing to buy!

Where is it shipping from?

I’ve found that a major red flag is when the item is being shipped from China with a super cheap price. Most bootlegs are manufactured in China and Taiwan so be wary of items shipping from there.

Always ask for photos of the original product so you can compare it to photos from the manufacturer or other collectors who own legitimate products. I’ve noticed that many bootleg listings will just use product photos from the Bubble Head Nurse and Red Pyramid Thing pages on the official Good Smile website. If the seller will not provide pictures of the actual item I wouldn’t recommend making a purchase.

How’s the sculpt and paint job?

Sometimes you will see listings using their own photos which makes spotting a bootleg much easier to spot. The biggest red flag is the quality of the sculpt, the connections, and overall paint job. Make sure to take a close look at the packaging as well as I’ve notice that often the print job on the bootleg packaging isn’t very good with pixelation and weird white outlines around the product image. The edges often times aren’t too crisp either and the blister window has a rough cut.

More resources on how to spot a bootleg

How can I tell if a soundtrack is a legitimate copy or a bootleg?

Konami logo is on the front spine card 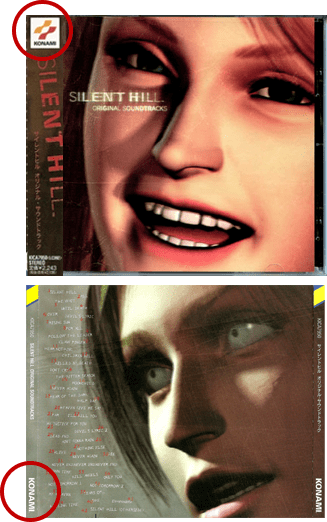 Konami logo is on the front spine card 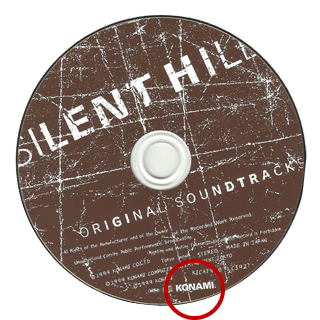 The Konami Logo is nowhere to be found 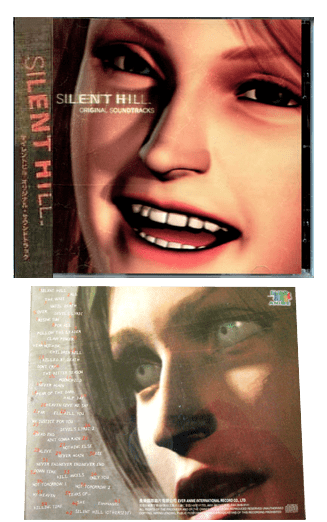 CD Artwork IS usually completely different with no logo 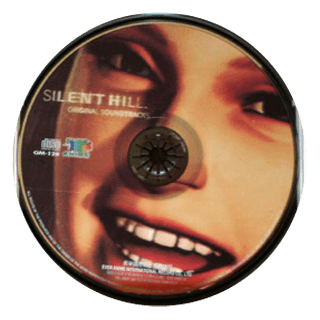 (photos from Otaku.com and Lost Releases)

Back Without Spine Card and Cd