The largest collection of Silent Hill memorabilia consists of 342 different items and belongs to Whitney Chavis (USA), who has been a collector since 1999.

So…the Guinness World Records was just a “Hey let’s try and apply and see what happens” kind of thing. My friends would often state that I probably had the largest Silent Hill collection in the world. I didn’t really think that was possible given how many other fans I know who are also passionate about collecting items for the series but thought it would be fun to see if such a record was ever attempted. I knew there were other series specific collections on record in the past like Pikabellachu’s famous Pokemon/Pikachu collection world record in 2009 so I knew it could be possible. The big question was would mine, which was only in the hundreds and not thousands, even be considered worthy?

So I checked out the Guinness World Record website and looked to see what sort of collections they had on record and I saw the a few actually the had items hundreds like Rob Hull’s collection of Daleks (571) record set in 2011 and thought hey maybe my collection may actually have a chance.

I applied on the Guinness site for a “Largest Silent Hill Collection” category in January 2014 and a week later I received a response saying they couldn’t accept my proposed category and told me to try for the “Largest collection of video game memorabilia” instead…which I knew I couldn’t come close to given it was over 8 thousand items!

I figured that I would try again when my collection was closer to a thousand but to my surprise months later a representative from Guinness emailed and said they were interested in adding a new category for “Silent Hill only” and wanted to review my claim again. Not sure what changed their mind but shortly thereafter I was declared a world record holder.

It was pretty exciting experience! I know there’s bigger and more interesting world records out there but it’s amazing Guinness thought my collection was worthy to record!

I was interviewed by the UK’s GamesMaster magazine about my Guinness World Record in their Christmas 2014 issue #284!

I was interviewed by the UK’s Retrogamer magazine issue #142 (May 2015) about my Silent Hill collection! 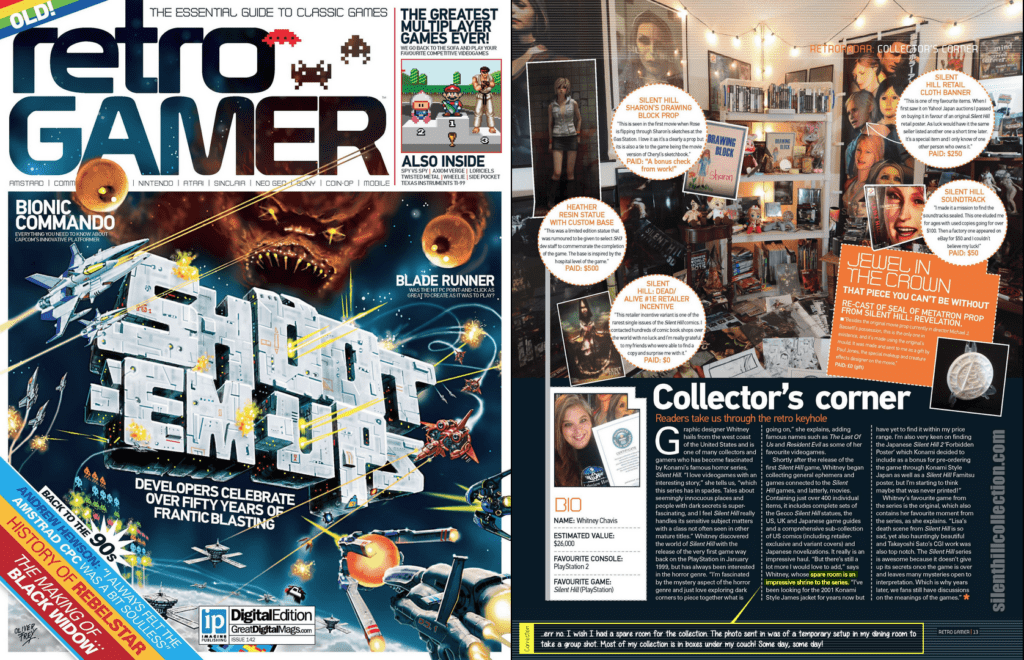