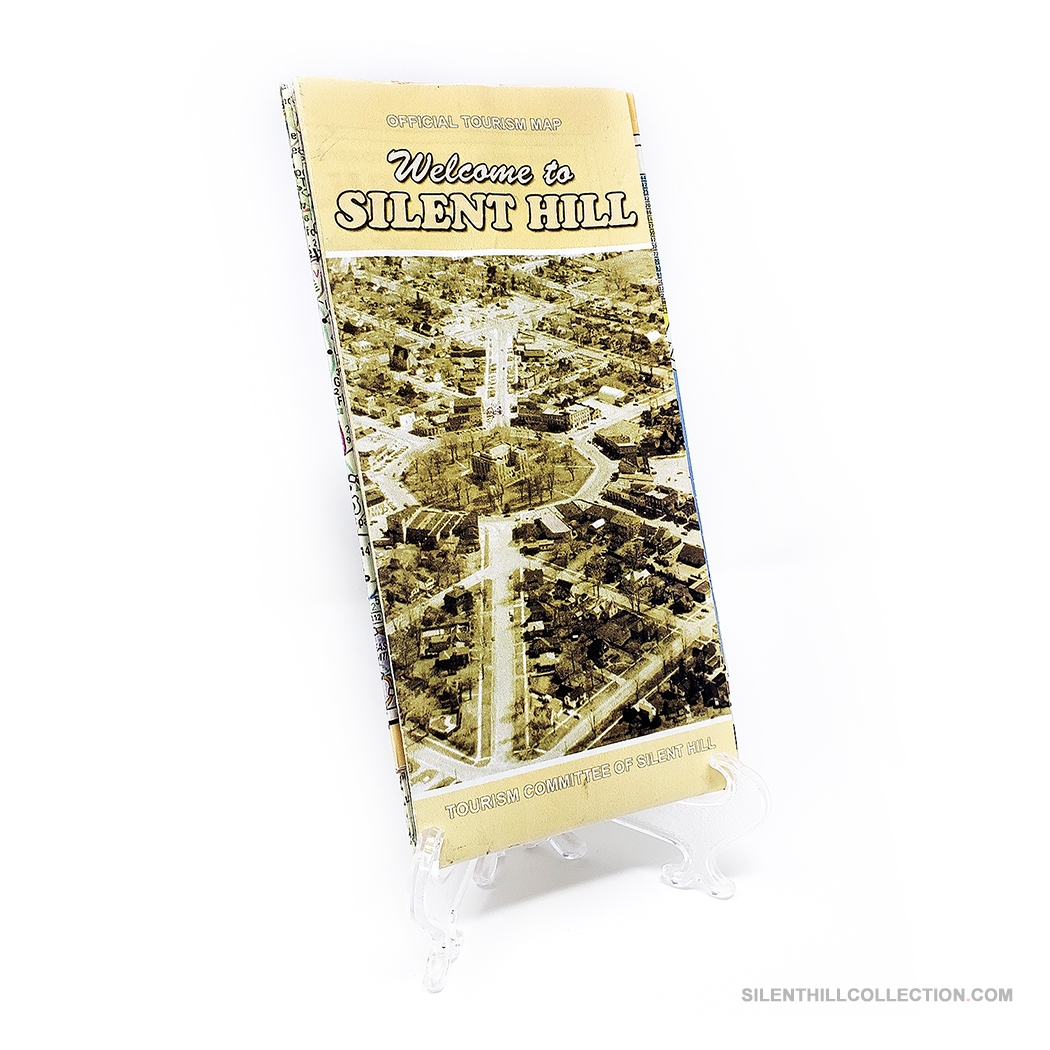 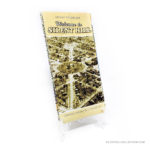 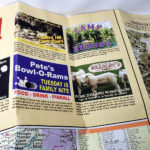 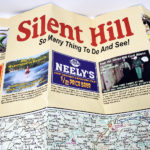 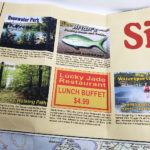 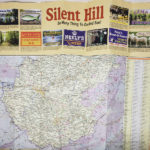 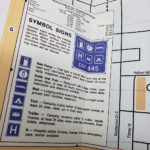 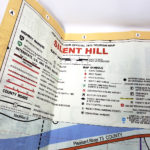 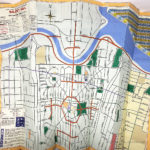 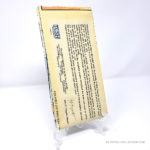 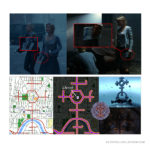 Map seen in movie and symbol on map 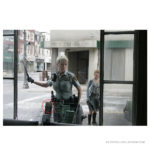 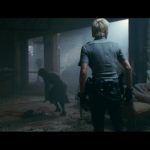 Rose holding one of the maps in the film

United States of America and Canada

Shortly after the movie was released Premiere Props auctioned off a load of “screen used” props from the movie. Several “Official Silent Hill Tourism Maps” were some of the props up for sale. Inside featured a map of Silent Hill on one side & West Virginia map on the other as well as descriptions of fun activities to do in Silent Hill during the 70’s.

This map prop wasn’t perused in the movie but apparently one of them can be seen in Rose’s hand when she and Cybil run into the Grand Hotel and meet Anna! You can also see several of them in a photo from a deleted scene.

I got to say for something not really perused the in the movie a lot of details went into this little prop. I love how the activities listed mention real locations found in the games (sadly Lakeside Amusement Park is missing) and it’s cool to finally see the layout of the movie verse Silent Hill. It’s pretty creepy how the church is not only in the the dead center of the town but the major roads surrounding it looks eerily similar to the symbol of The Brethren’s faith spotted in various locations in the movie!

I bought this map from a fellow collector who bought it directly from the FX creature designer Paul Jones’ booth at a horror convention.