Videos where I point out Easter Eggs and other cool details from Deadly Premonition.

These videos have SPOILERS watch only if you have completed the game!

Here’s some little facts about Greenvale and it’s citizens you could miss!

Did you notice? (Game Spoilers)

Kaysen is the Red Seed Killer!

Deadly Premonition hints as early as Chapter 00 who the Red Seed Killer is. A Kaysen doll is clearly visible on the map of the United States in the red room. This same doll shows up again in Diane’s hands in York’s dream after he’s knocked cold from Thomas and again in Emily’s hands after his fight with George. Makes you wonder why York wasn’t suspicious of him earlier I mean the man is atraveling rare red tree seeds sapling salesman and York has been finding red tree seeds at all the crimes scenes!

George is the Greenvale killer!

In York’s first profiling sequence scenes from the entire game are quickly shown including: 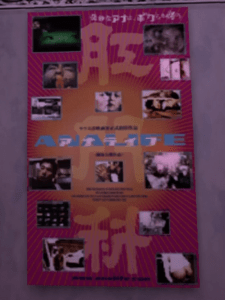 There’s a poster for a movie called “Analife” on the wall in the dressing room of the Galaxy of Terror. This is actually a poster for the 2005 independent movie, Anaraifu (Analife) directed by Kenji Goda, co writer of Deadly Premonition!

Galaxy of Terror…that’s an odd name for a bar

Carol’s Bar “Galaxy of Terror” does have a very strange name but like the Analife poster may actually be another homage to Kenji Goda! The bar shares the same name as the production company behind the Analife movie! [source]

The Milk Barn is a real shop!

The Milk Barn Convenience store is actually a real store in Snoqualmie, Washington! I wonder if the owner is a big rock n’ roll fan like Keith.

Besides the character and plot similarities Deadly Premonition shares with the TV show Twin Peaks there are also couple visual homages in the game easy to miss. To see a full in depth of all the similarities with Twin Peaks make sure to check out Planet Redwood’s especially long list of comparisons! Here are just a couple I caught while playing.

The Snoqualmie Falls and the The Salish Lodge building (seen in the left of the picture) located in Washington state stand in for exterior shots of the Great Northern Hotel in Twin Peaks. York has a similar photograph of the game’s Velvet Falls that looks very similar and could be a promo shot for the show. It is also believed by many fans that the game’s Velvet Falls and placement of Harry’s Mansion at the top were based on this similar shot from the show.

In Anna’s bedroom you can see Laura Palmer’s portrait hanging on her wall near the bed. In Twin Peaks Laura died violently and FBI Agent Dale Cooper was brought in to track down here killer, this particular photo is shown often in the show.

All the vehicles in the game have special license plates that tell you a bit about the car owners! Some meanings are major Game Ending spoilers so I wouldn’t view them until you’ve completed the game.

Carmen GT
Plate: GA0F6EQ
Meaning: Welcome to Greenvale visitor Crystal has suggested that it could mean: “GAllery OF sexy cute.” Thanks Crystal!

Green Station Wagon
Plate: CHIPS4U
Meaning: Roughly translates to “Chips for you” which is a reference to her love for Ushah who is very fond of chips

Meaning: Unsure, the but there are a couple possibilities..

S33 Condor
Plate: SWERY65
Meaning: The name of his bar.

Mezger C600
Plate: KQB8NRP
Meaning: seems to have a connection with chess pieces. K= King; Q= Queen; B8 (I assume it should be K8 and was an error) = Knight, R= Rook and P= Pawn