So why make a Deadly Premonition website? It’s not the best looking and controls like something relea 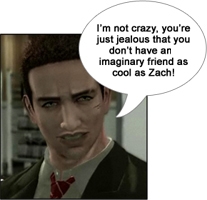 sed back in in PSX era but in what it lacks the game makes up with a lot of charm and one heck of a story!

I bought the game shortly after its release in February based on what I saw in an article on Kotaku.com from November 2009. I’m a fan of the survival horror genre and an even bigger mystery fan so a game about catching a serial killer terrorizing a small town seemed like a title I could really sink my teeth into.

I played the first chapter with some friends and we were quite bemused by the dramatic sobbing by several character in the opening and by the off his rocker protagonist who talked to an imaginary friend named Zach. Just from our brief play through of the first level we could tell this was definitely going to be a unique gaming experience.

Even though the game’s plot and characters quickly captured my interest the controls really bogged down the gaming experience. At the time I just didn’t have the patience to deal with the old school survival horror controls and the horrible map that wouldn’t zoom out didn’t help my situation either! I often ran in circles looking for where I supposed to go because I couldn’t get a bearing on where I was in Greenvale. I left Deadly Premonition unfinished at the start of the hospital Other World due to my frustration.

The game sat untouched for weeks and stayed that way even though two of my friends raved about the story (they bought a copy of their own shortly after our initial sit down)… I just wasn’t in the mood to deal with the controls to see it unfold for myself.

Giant Bomb’s hilarious Deadly Premonition Endurance run and was able to watch the game’s amazing plot unfold without the downside of dealing with the gameplay. The MST3k style commentary on Greenvale’s more bizarre attributes by the two Endurance Run teams: Vinny/Jeff and Brad/Ryan’s was just an added bonus!

When both Giant Bomb teams completed the game I was blow away! I couldn’t believe I let something like outdated controls and a wonky map stop me from completing such an rich and engaging game. I was left unsatisfied by the amount of side missions both endurance teams left unfinished so I dusted off my own copy and took another crack at the game.

My play though was tough going at first, especially since my previous game save was in hard mode difficulty, but I quickly got used to the controls and went hog wild. I was so enthralled I became determined to reach 100% completion and finished the game within just a couple days! 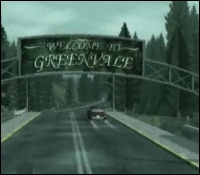 In the end I had such a nice time with the game I figured that there must be others online eager to discuss the title. I searched for any Deadly Premonition fan pages but was disappointed find that besides some active forum discussions on various game sites and somethingawful.com there really weren’t any dedicated fan sites.

I thought this was a real shame. Despite, in my opinion, the gameplay faults, Deadly Premonition really is good title. I’ve been on a site creating kick as of late and had the time so I figured what the heck… and started a fan site of my own, “Welcome to Greenvale.” 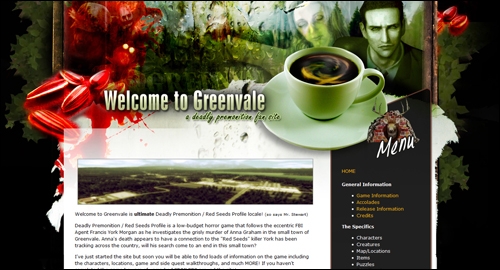 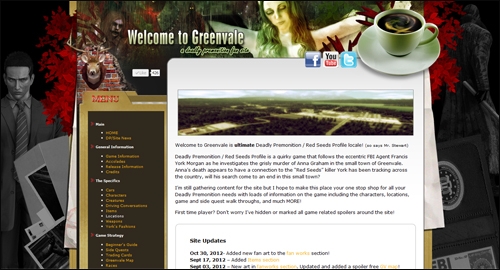 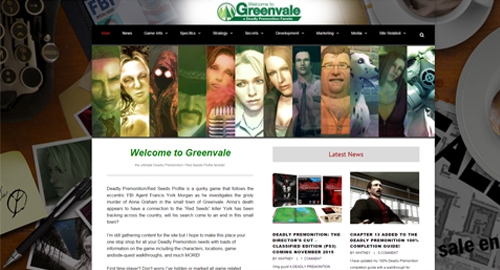 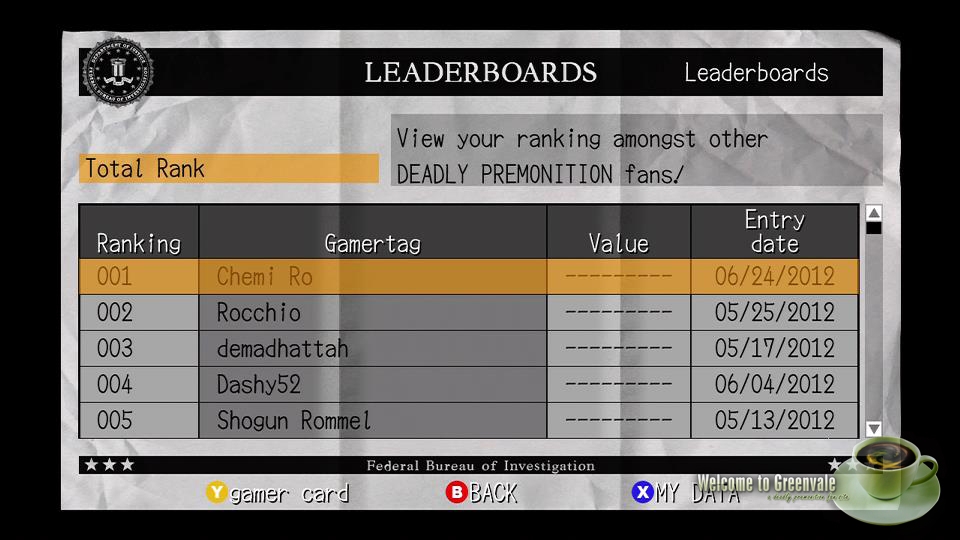 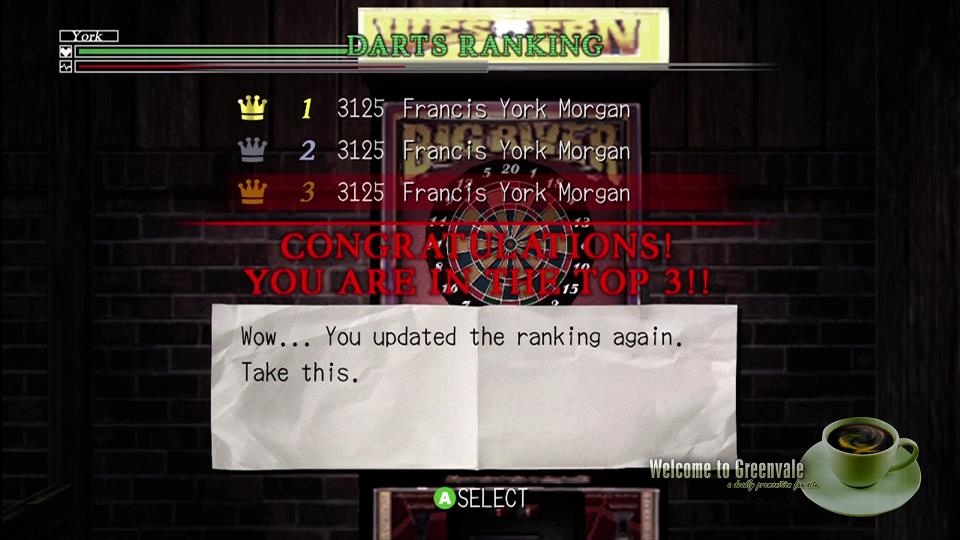 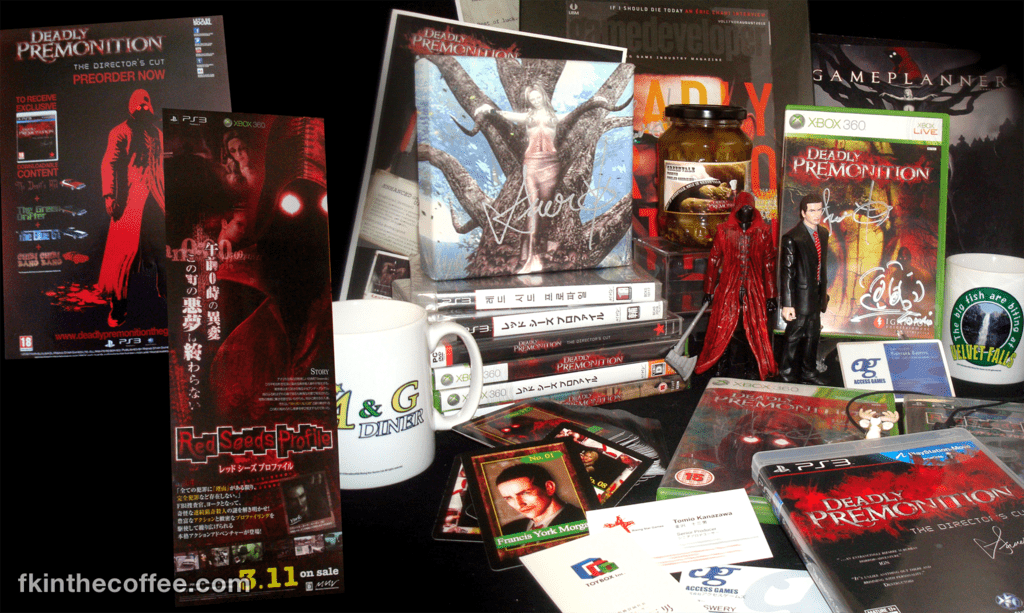 If you have any questions of comments about the site don’t hesitate to email me at contact@fkinthecoffee.com.